World Mental Health Day Mass celebrated on Saturday 10th October at 6.30 pm was recorded and may be viewed on www.mcnmedia.tv 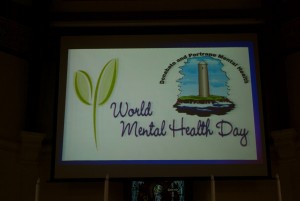 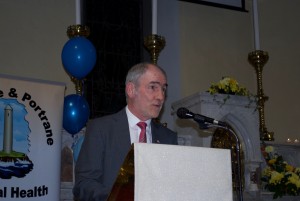 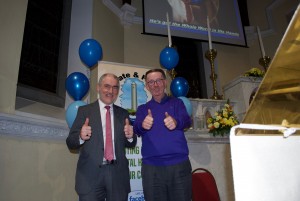 Congratulations to Fr. Pat Hannon on his Golden Jubliee.

Fr. Pat’s Golden Jubliee Mass held on Saturday 26 September at 6.30 pm was recorded and may be viewed on www.mcnmedia.tv 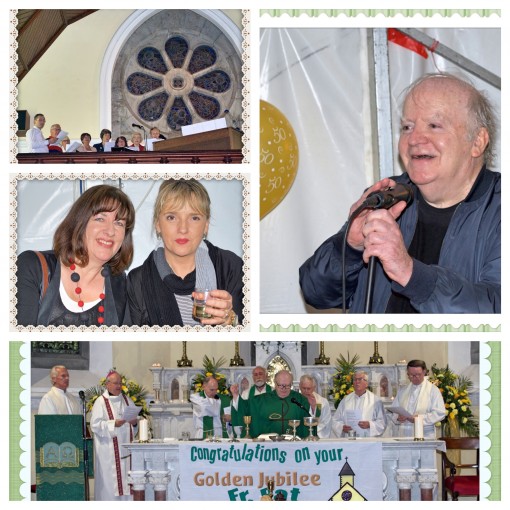 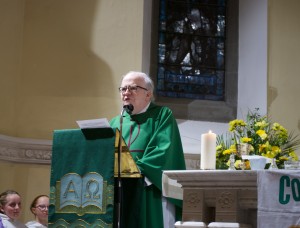 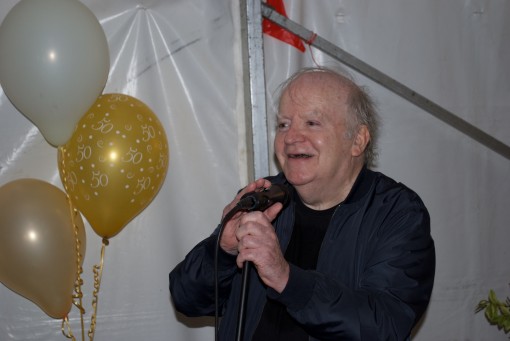 A Letter of Pope Francis to Everyone in the World

A Letter of Pope Francis to Everyone in the World
Laudato Si’ is a letter to the whole of humanity, addressed not just to the people of our community but to all people of the world. It is a call to conversion of minds, hearts, and lifestyles. It is urgent, compelling, and direct. It will be impossible to ignore.

Laudato Si’ hears the conclusions of the scientists, and allows itself to be affected by them. Yet, while it acknowledges the overwhelming consensus that the globe is getting warmer because of a model of growth that rests on consumption and greed, the encyclical does not take a position on complex scientific questions in which it has no competence.

What Pope Francis says about these questions reflects what is already well known, and in fact the science occupies relatively little space in the letter. Just as important is its attention to the experience of the world’s poor – of rising seas, unstable seasons, deforestation and pollution. The evidence in the encyclical of the deteriorating quality of life across the world will be hard to refute.

The letter links that devastation and deterioration to a model of economic growth which both creates and is the fruit of a mentality that seeks to manipulate the world and its resources. At the heart of that mentality is a false idea of dominion. What it produces is vast waste, exploitation, and a throwaway attitude towards the planet and human life itself.

The Pope’s own integrity in this area is unquestionable. He traveled by public transport, recycled clothes, lived simply, and loved to be with the poor and the outcast. He lived as a bishop in a major modern city more or less as St Francis of Assisi did in medieval Umbria. If anyone can speak to us with authority on this issue, it is the Pope. He has walked the walk and talked the talk for decades.

Laudato Si’ is a moving lament for a lost connectedness, and a passionate plea for the restoration of relationships – with God, with each other, and with the earth. It hears the cry of the earth and the cry of the poor as a joint call to conversion, and it charts a pathway back to healing and renewal.

There are six chapters. The first, ‘What is happening to our common home?’ is a broad look at the symptoms of sickness in the world. The second, ‘the Gospel of Creation’, considers the world as it should be, in the way that God intended it. The third, ‘The human roots of the ecological crisis’, sees the origins of the degradation in what it calls the ‘technocratic paradigm’. The fourth chapter, ‘integral ecology’, charts a way back, through a fresh way of seeing the world, an awareness of the interconnectedness of Creation. The fifth chapter, ‘Lines of approach and action’, suggests ways forward — concrete steps that can be taken by nations and leaders — while the sixth chapter, ‘Ecological education and spirituality’, focusses on the individual believer and their families and communities, and what each of us can do in our daily lives.

Laudato Si’ will profoundly challenge the western world, and the challenge won’t be welcomed by everyone. Like the prophets in every age, it will be greeted in some quarters with derision and contempt. Yet to most people of goodwill it will ring clear and true. It speaks to the hearts and minds of our generation. It will help shape a new future, and bring new hope.

The above is adapted from an article by Austen Ivereigh on Catholic Voices website dated June 17. Our Parish website has links to a fuller summary, the encyclical, and some helpful commentary.

The following links may also be helpful

Pope Francis and the Environment

Exam Mass Communion Reflection
Don’t undermine your worth by comparing yourself with others.
It is because we are different that each one of us is special
Don’t set your goals by what other people deem important.
Only you know what is best for you.
Don’t take for granted the things closest to your heart.
Cling to them as you would your life, for without them life is meaningless.
Don’t let your life slip through your fingers by living in the past.
By living your life one day at a time, you live all the days of your life.

Don’t give up when you still have something to give.
Nothing is really over until the moment you stop trying.
Don’t be afraid to admit that you are less than perfect.
It is this fragile thread that binds us to each other.

Don’t be afraid to encounter risks.
It is by taking chances that we learn how to be brave.
Don’t dismiss your dreams.
To be without hope is to be without purpose.

Don’t run through life so fast that you forget not only where you’ve been but also where you’re going. Life is not a race, but a journey to be savoured,
each step of the way.

Emmanuel 2018 Rescheduled Dates – 1st and 2nd May at 7.30 pm  30 schools comprising 1200 students (600 students per night) from different parts of the Diocese are participating in a massed choir accompanied by a full orchestra.  Tickets €12.00 www.helix.ieTel: 01 700 7000.  Please support your local schools – full list of participating schools on www.litmus.dublindiocese.ie

40 days and nights of Adoration  You may be aware that, starting on the 17th April and continuing until 26th May, there will be 40 days and nights of Adoration on top of Croagh Patrick in devotion to the nation.  Our Lady Queen of Peace, Bray will dedicate 40 days and nights of prayer in front of the Blessed Sacrament to coincide with the Vigil on Croagh Patrick.  We wish to extend a warm welcome and invitation to all parishioners in our diocese to come and join us in Our Lady Queen of Peace, Putland Road, Bray, starting Tuesday 17th April at 3pm until Saturday 26th May.  Join us in prayer for the nation and Protection of Life.

A Celebration of Belonging  An evening of music and reflection to celebrate the World Meeting of Families in Our Mother of Divine Grace Church, Ballygall, Dublin 11 on Friday 20th April at 7.30 pm.  The evening will be led by Sr. Marie Dunne CHF, with the Holy Faith past pupils and St. John of God Choir and friends, and will feature pupils from Mother of Divine Grace and Sacred Heart schools’ choirs, Ballygall.  There will be a collection to support families in Ethiopia on behalf of the Glasnevin grouping of parishes, as part of the World Meeting of Families gathering in Dublin next August.

The Encounter  Friday 20th April in St. Paul’s Church, Arran Quay at 8pm.  It is a young adults (20’s & 30’s) event with live acoustic music, reflective prayer in adoration, with guest speakers on life, faith and purpose.  We are delighted to announce that John Pridmore is our guest speaker and Riaghan O’Callaghan is our musician for the night.  Contact st.pauls@dublindiocese.ie  and www.facebook.com/theencounterdublincity

Full listing of notices is available on www.dublindiocese.ie/category/notice-board

Help support our work in the parish with a donation. Add your own amount…

We in the Parish of Donabate, Portrane and Balheary value and encourage the participation of children and young people in parish liturgies and in activities that enhance their spiritual, physical, emotional and social development. We recognise the dignity and rights … Continue reading →